Summary: After meeting with the company’s leadership and employees, Jeffrey helped to narrow the company’s focus and direction with complete employee buy-in. Within 18 months the company saw an increase of 60% on the revenue growing to $10 million, and a profit increase of a full 10 percentage points!

Challenge: With morale starting to decline, growth stagnating and the loss of a few key employees, Bob Drost, owner of Drost Landscape feared that his company’s fate would end like many other businesses who failed at the peak of their growth; overconfident and over extended.

Solution: A multi-part strategy was implemented in order to create an ownership mindset of all employees. The General Manager’s position was clarified and a leadership/people development and incentive structure were developed. The company’s approach to profit was improved, in efficiency, pricing, budgeting, goal setting, and in many other ways big and small. The future second-generation owners began mentoring with Jeffrey Scott in order to find their place in the company’s growth plan. Now 25 years in the industry, Drost is focusing on the organization’s competitive advantages: cloning them, scripting them, and creating critical moves that are pointing the organization to its next level of success. 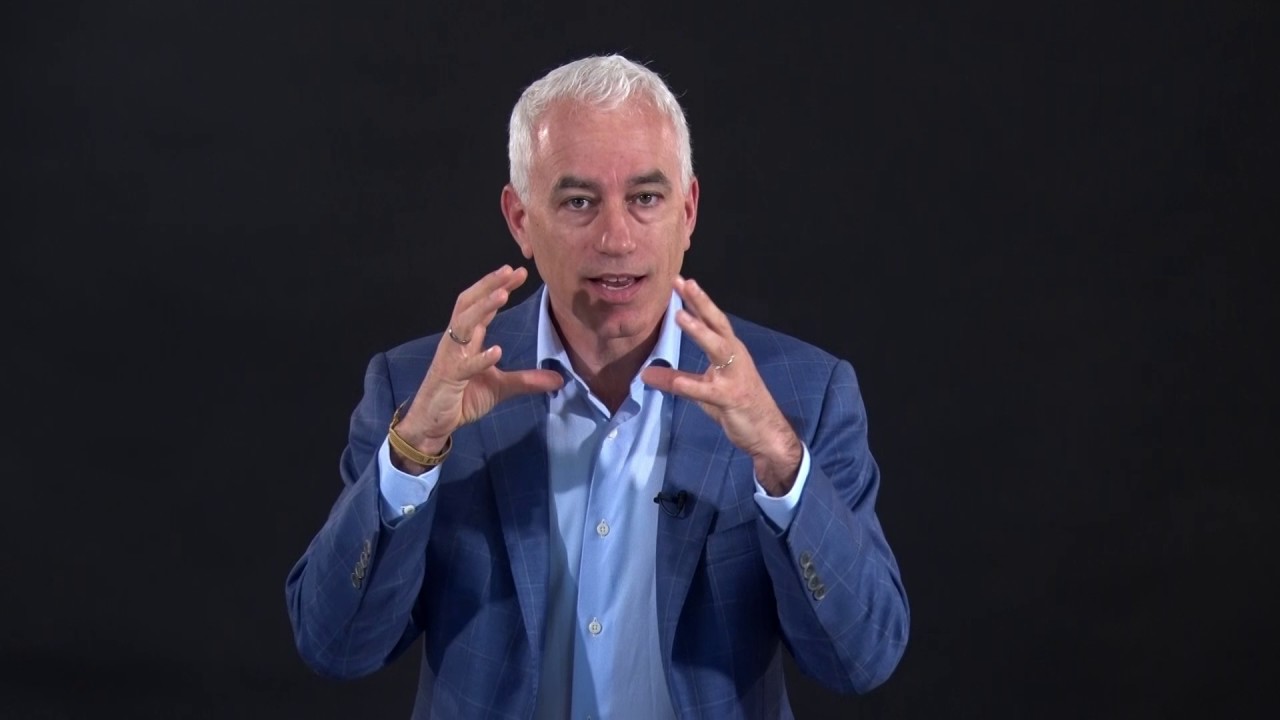 Impact: Profitability grew 10% points and the Revenue grew 60%. An added bonus for the owner is the ability to spend a full month in Florida each winter. The sun and warmth provide just the right amount of time to recharge knowing that there is a team in place that is keeping the ship sailing forward.

There are additional growth opportunities in the geographic area that continually present themselves, that Drost is now able to capture them quickly and assimilate.

Team involvement, financial literacy and greater accountability throughout has driven the mindset changes needed to continue growth and expansion.

“The change in our company has been black and white since we hired Jeffrey.”

Challenge: Mike Kukol is highly respected in the New Jersey contracting industry and had assembled a strong team around him, still he still felt alone Mike wasn’t sure of the best way to measure his company profit, and wondered whether he could earn a larger income. His company had hit a revenue ceiling of $2.2 million when he called Jeffrey Scott.

Solution: The first order of business was to organize the business finances. Using Jeffrey’s proprietary financial tools, Mike identified where he was spending money—and where he was making it and we created standalone profit centers, giving managers their own budgets and autonomous responsibility.

Impact: As a direct result of Jeffrey’s consulting, coaching and peer groups, Horizon Landscapes broke through its revenue ceiling, doubling to over $4 million. Mike’s pay more than doubled, and the company’s net profit increased dramatically.

In addition the company’s culture transformed from a small-business mentality to a professionally run enterprise that runs owner-independent! Horizon Landscapes also increased the size and volume of projects it could execute. Mike and his management staff became more forward-thinking and financially nimble. The company has become much more saleable, and its value has roughly tripled.

“Jeffrey has been an excellent consultant to my business. He has led me through difficult times, shown me the light at the end of the tunnel and guided me to the best results possible. Jeffrey is direct, expecting and punctual. He keeps my head to the task and is relentless in the pursuit of his client’s success. I would recommend Jeffrey in a heartbeat.”

Summary: A landscape contracting company went from 0% to 22% profit—and doubled the owner’s personal income—in under three years of working with Jeffrey Scott.

Challenge: The business was running with five disparate divisions, and the accounting was unclear. Although Terry was earning a base salary, his wife, who was working in the business, wasn’t earning a paycheck. The company was breaking even. Terry had recently been through some difficult personal transitions, and he felt ready to focus on improving and growing his business.

Solution: Terry joined Jeffrey’s Leader’s Edge peer group, a community of leaders from the nation’s top landscaping companies. Working closely with Jeffrey and his group, he established a new recruiting process and implemented Jeffrey’s Rolling Budget to project numbers and focus on a monthly financial strategy. We analyzed routes and crew production, and adjusted his hourly rate to a profitable level.

We separated snow removal from his landscape budget, which positioned the company to make more money in snow. We transformed office operations and improved its technology. Throughout the organization, a healthy culture was promoted with weekly staff meetings and the encouragement of positive work habits. Ultimately, Terry began setting goals for himself, both personally and professionally. 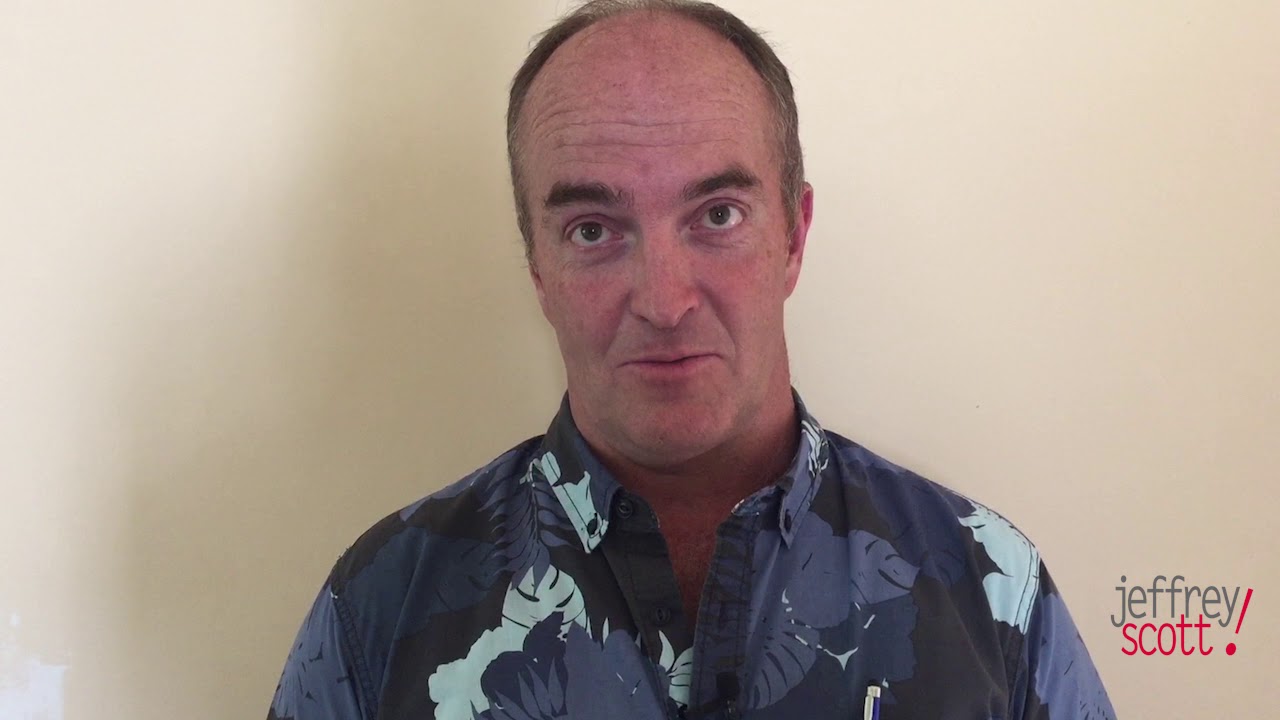 Impact: As a result, Terry gained the confidence to rely on his own business instincts to make better decisions. The company went from 0% to 22% profit, Terry’s personal income doubled and his wife now draws a salary, revenue grew over 100% within three years. TJ Collins Landscaping now has cash reserves, a new six-person management team, and a satellite location. Terry and his family have greatly reduced stress at work and at home. Everyone is much happier, and even with three children in college, Terry and his wife don’t have to worry about family finances.

“While there are myriad factors to our success in life, Jeffrey’s peer group, and specifically Jeffrey Scott himself, has made the single most significant impact for us. Thank you for what you do and how you do it.”

Challenge: Brent Nienhuis bought his company, Blue Ridge Landscaping right before the market crashed. It wasn’t great timing, but he stuck it out. He turned the company into an award-wining landscape firm—but the business struggled financially.

Solution: Brent joined Jeffrey’s landscape peer group and engaged Jeffrey as a consultant. He implemented Jeffrey’s proprietary sales system which taught him green-light/red-light lead screening, and how to track and plan sales. We developed a commission structure for his salespeople. In addition, Brent initiated Jeffrey’s financial tools, allowing him to plan for profit growth and create a framework for accurate projections. We set up a scoreboard for key sales players, helping them set goals. We changed pricing and services to bring in more profitable business.

Impact: As a result, Brent’s net profits went from -5% in 2012 to +8% in 2014—and the company was on track for +20% in 2015. Cash flow is positive, enabling Brent to repay big loans to himself. Blue Ridge Landscaping employees now earn good market wages. The company operates with upgraded tools and equipment. Employee morale and company culture are energized and strong. Brent feels more confident about investing in the future of his business. In the end, Jeffrey helped Brent develop a roadmap of where the company is headed, which has created clarity for everyone in the business.

Note: Blue Ridge Landscaping is a two-time Mighty Oak award winner (2015, 2014). The Mighty Oak award is given by Jeffrey to companies that show outstanding achievement in business and professional leadership.

“With Jeffery’s help I have been able to greatly improve my bottom line and make much better decisions.”