Dramatically Change Your Company Culture in Just One Week 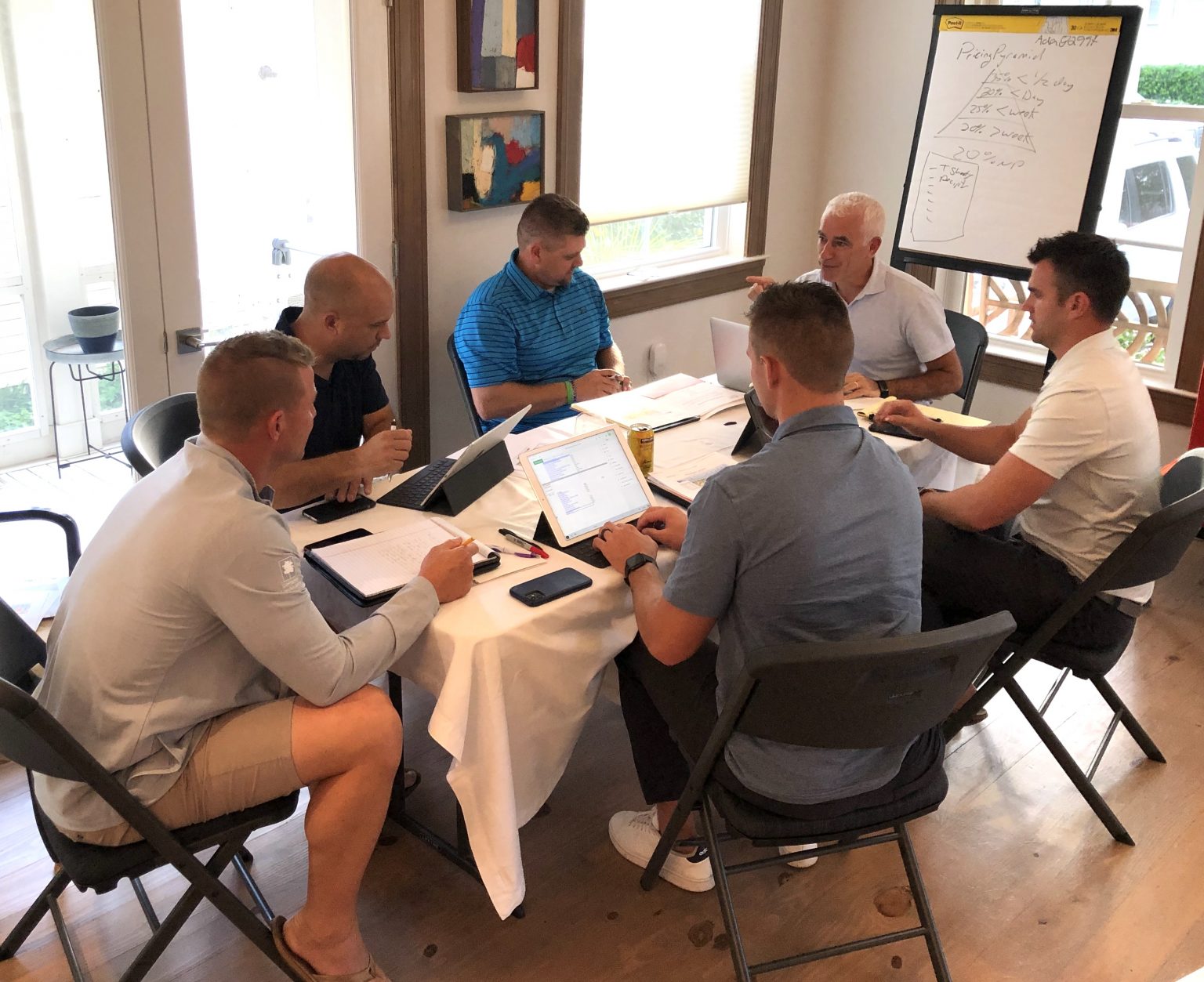 What if you could dramatically change your company culture in just one week?

In a way that would foster deep leadership buy-in, sharpened leadership focus, and surging employee morale?

It may sound like pixie dust, but I have seen it happen over and over.

This is not meant to be a brag, but rather to show you what’s actually possible in your company.

Last week, Wade Vugteveen, co-owner and CEO of DeHamer Landscaping outside Grand Rapids, MI, brought his executive team to visit with me in New Orleans for a strategic retreat (see photos below).  In his words, here is what he experienced after the first five days after returning to work.

“I told my wife that I don’t really recognize our company this week. It feels like a different place.” – Wade Vugteveen

Here are seven specific changes they made –– out of probably 20 motivating and profitable changes they implemented in the first week:

They held a company meeting with all leaders where they played a fun game for everyone to get to know each other and then laid out their new company values. (Their Sales Manager, who is usually quiet and in the background, led this meeting with enthusiasm.) Each foreman took the time to talk about him/herself by answering a list of questions they created. Wade said it was a great meeting that felt entirely different from anything they have ever done. It was very well-received by their team; the energy and attitude were amped up!

During the strategic retreat, Wade and the team decided that Adam, one of the owners, would take on the role of Operations Manager. When they got back to work, Adam set up a three-person team to be responsible for the energy and attitudes of the entire production group, with the goal of leading everyone to more positive attitudes in the workplace. Adam named this team the Chief Energy Officers.

3. Set up a personal database.

Adam, as the new Operations Manager, created a database of all of their team members and set up a schedule to give them formal reviews (which had not been done before). Adam collected personal information from all of his new direct reports so that the executive team could get to know and care for their people better. Within the first week, Adam had already met with half of the team, giving raises and re-setting expectations. This caught a couple of unhappy team members by surprise. It worked out super well! 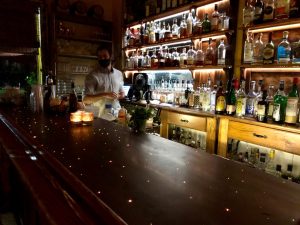 The bar at my favorite restaurant, where I took the Dehamer executive team for a pre-event, southern creole meal.

Their Sales Manager had lunch with his salespeople and re-set much clearer expectations. Sounds like a no-brainer, but this was not part of the original Action Plan we had set. He simply made it happen. This should be happening a couple of times a year; lunching with your key leaders. When is the last time you took your people to lunch one at a time?

5. Find out what irritates your team the most and fix it.

They paved their parking lot, and oh-man did everyone really appreciate that. What’s one thing you could do to elevate everyone’s mood?

6. Remove the fires and decisions from your plate.

As CEO, Wade has been much less stressed and has had time to really focus on his role – there has been much less distracting discussions around the office and more people taking responsibility and just getting stuff done. Gotta love that. How freed up is your time? 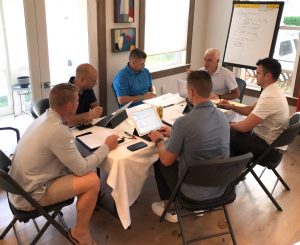 Hard at work, the Dehamer executive team at my strategic retreat in New Orleans.

Their install salespeople have already sold a few lawn care and snow contracts in this first week, and they have become excited about supporting the growth of services, which was not the case before the strategic retreat. We laid out an entire cross-selling strategy where everyone will have responsibility for growth, not just the service sales team.

Wade also told me that on the flight back home, they decided to step up their plan to grow their sales team. And they already made an offer to a lawn care salesperson as a way to really accelerate the growth of their services division.

I am told that their executive team has gelled and bought into the growth plans that we laid out. As Wade shared with me, he does not recognize his company after just one week – It feels like a totally different and better place.

It’s one thing to do a strategic planning session with your team, be it quarterly or annual.

But, it’s completely different to transform the energy of your team and actually create a plan that dramatically improves your culture and your financial results.

Your challenge is to think outside the box next time you hold a strategic planning session with your team.

To help this, create your own R&D program (rob & duplicate). Steal one of these ideas from above and implement it in your company.